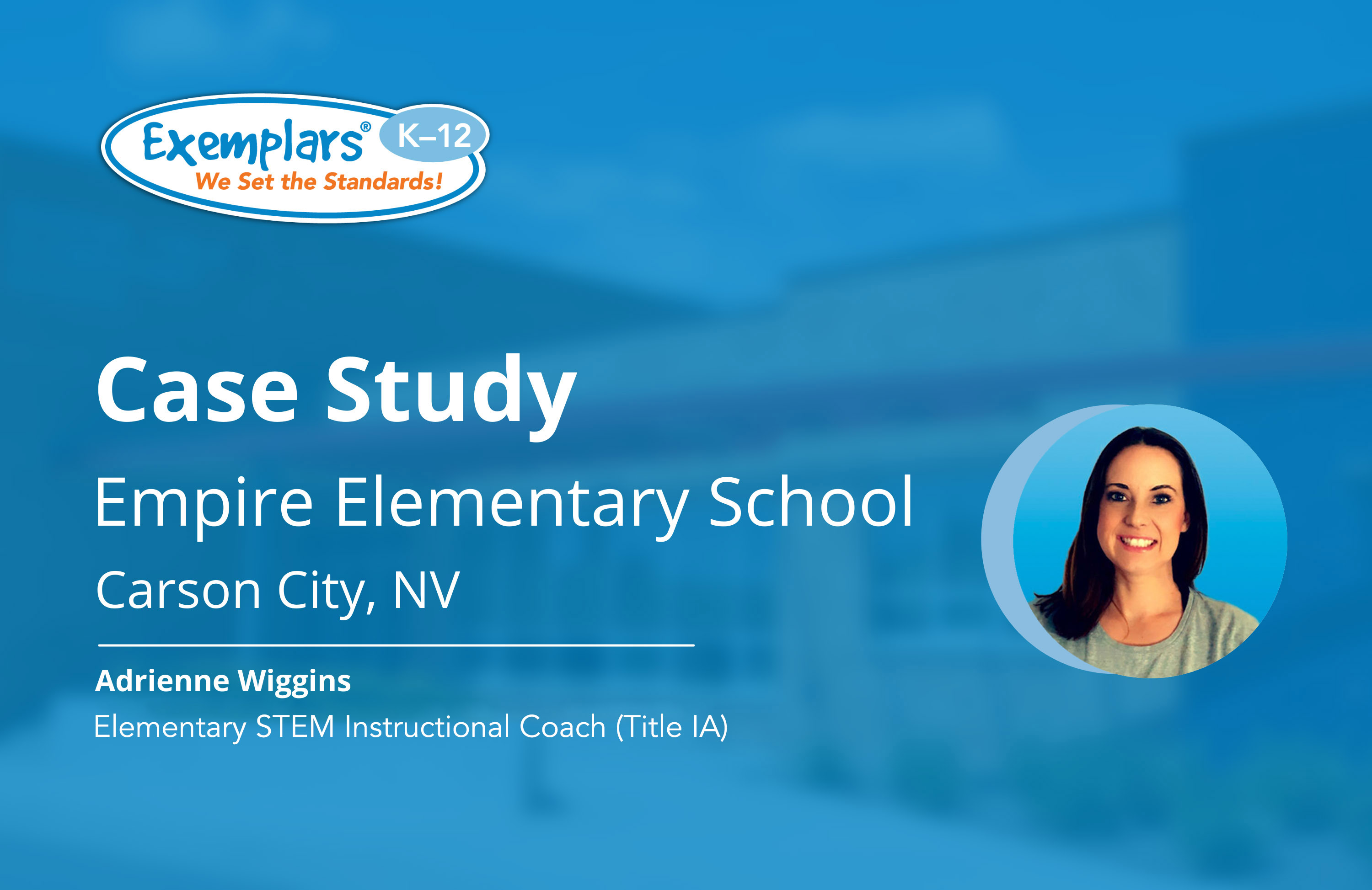 Exemplars tasks provide leveled opportunities for students to showcase their learning. The open-ended tasks encourage different approaches to the same problem. This lends itself to rich and engaging discourse among students. The rigorous tasks challenge all students to expand their thinking and grow their mathematical capabilities.

District leaders wanted to balance the needs of all students by including more writing opportunities across all content areas while fulfilling SEL initiatives. Several math programs were used, but they lacked multiple opportunities for students to practice. As a result, teachers tried to create their own math tasks that weren’t vetted. Exemplars filled the void in the materials already being used because it is a quality program with a higher depth of knowledge. Its robust tasks complement each standard, giving students multiple opportunities for mastery. Exemplars rigorous tasks set a high expectation for diverse students. This enables them to challenge themselves and foster a growth mindset.

In her search for more writing opportunities within the math curriculum, Wiggins found Exemplars blog and video on a New York school: Concourse Village. The school had a similar demographic as Empire Elementary. Most notable was the number of different languages represented. Empire Elementary School also has a high English Language Learner population. When Wiggins saw Concourse Village’s success with Exemplars, she shared it with her staff members. The story resonated with her staff as they learned how the school used the program and the success they found.

Wiggins saw impressive student growth with Exemplars since its inception in December of 2021. Empire Elementary implemented Exemplars in kindergarten through 5th-grade classrooms. Wiggins observed a 5th-grade class with a cluster of special education students using a grade-level Exemplars task. Initially, the students thought it was too difficult to complete. The teacher talked it out with think-time, and students started creating models with what they knew. After that, the teacher paired up students to showcase their models and discuss their thinking. As a result, rich discourse occurred. One English language learner commented about how proud he was of his work. This student, a special education student, had no oral language when he first arrived at Empire Elementary. Yet, he created writing he felt proud of. His writing included a claim with evidence and reasoning. It was such a success because the student struggled with language and was able to approach the problem from his own access point and create a model that made sense to him.

This outcome enabled Wiggins to promote Exemplars success with middle school and high school teachers. Teachers were so impressed by the vocabulary and writing caliber of the elementary students that the partner middle school wants to build on what’s happening at the elementary level. The potential for growth is great with Exemplars. It’s equitable and accessible for all students to achieve.

"This student has everything weighing against him that can be hindering his success in school, and for [him] to find that success and feel proud and be recognized for it, is a highlight as a teacher."