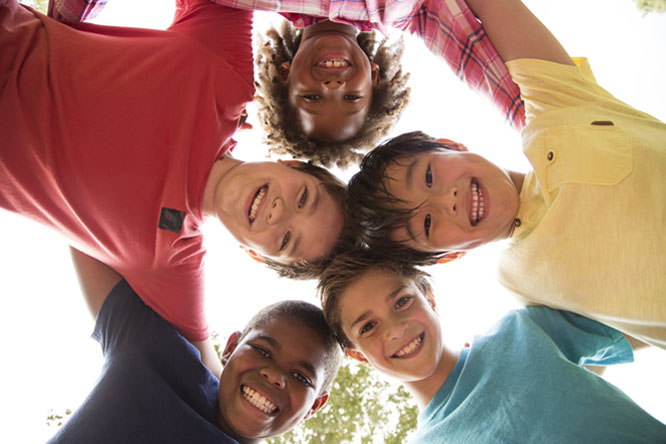 My career in education began in elementary schools in Texas. I was introduced to spectacular math problem-solving performance tasks from the Exemplars program 13 years ago while working with a high-performing fifth-grade class in an affluent school.

Finding challenging critical-thinking work for these students was always an ongoing task. The Exemplars performance tasks were perfect to use as a formative assessment to monitor the students' learning. After teaching the specified skills/certain objectives, the students were then given the Exemplars task to see how students could integrate their knowledge into a real-life math problem-solving example. These rich math problems were a tool I have used and will continue to do so because the students consistently show interest and success.

These are the steps I implemented:

As the year progressed, the students completed the formative assessment without teacher direction.

At the beginning of the school year, I explained how the problem will be graded using one of the rubrics (see below) provided by the program. I asked students to create a persona (a stick figure will suffice) if one was not already mentioned in the task. They needed to then add a thought bubble and jot down the data they identified in the problem. They were told to show all of the steps of their solving while labeling each section. Because learning involves various methods, they had to also include drawings to illustrate their thinking process. Students were also asked to box their answer including units used. Their final step was to write a complete sentence answering the question. We practiced this process as a whole class. I also modeled the various performance levels of the rubric: Novice, Apprentice, and Practitioner, and pointed out that their goal was to achieve the Expert level of a mathematician. The students especially enjoyed my lack of accomplishment as I demonstrated the various levels. 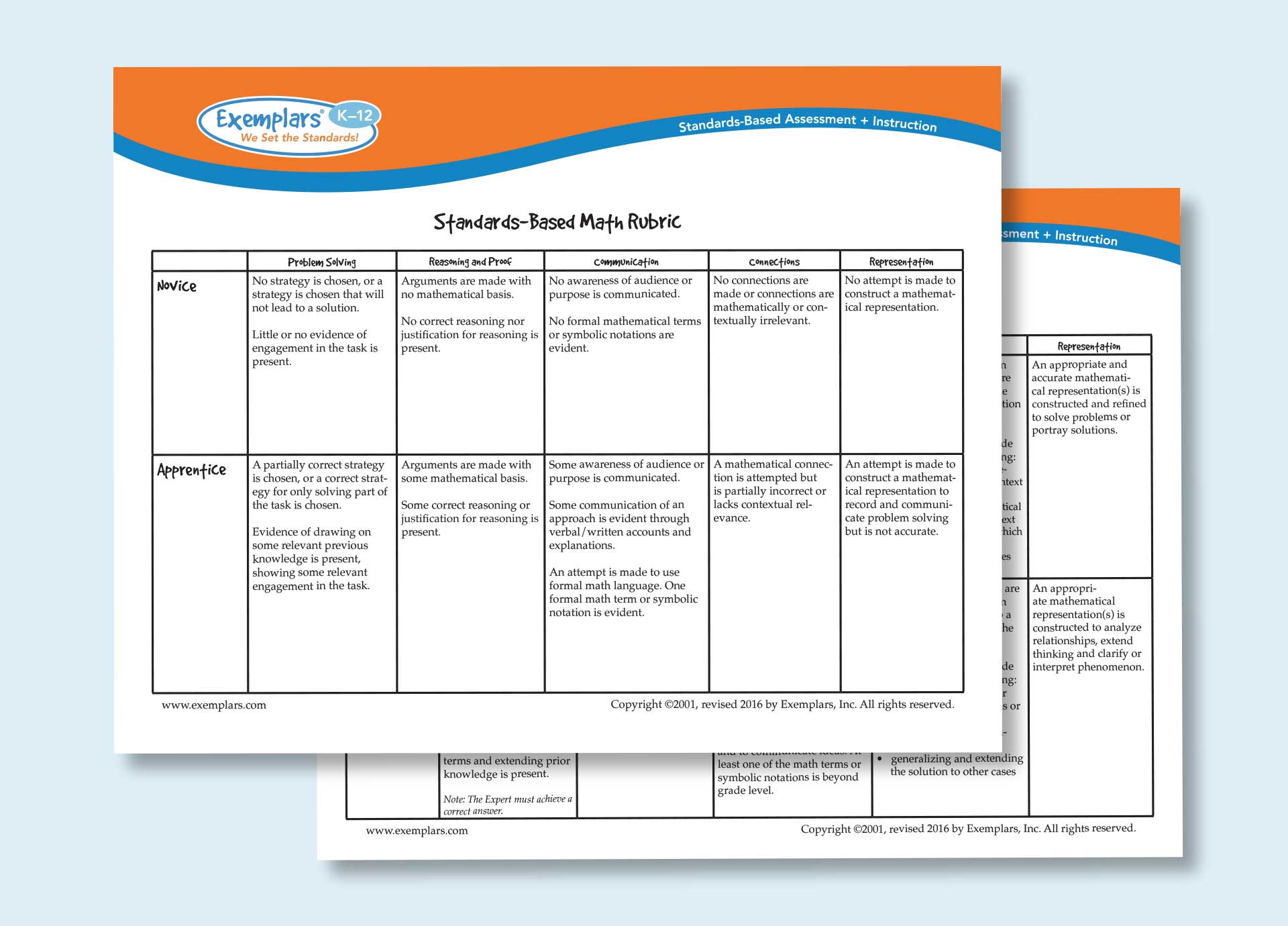 The growth the students demonstrated as time passed was astounding! After using the Exemplars rubric and allowing students time to reflect on their level, eagerness was noted and students made genuine effort to reach the Expert level. Giving the students the models of student work and demonstrating the level of achievement they hope to master made it an easy stepping stone to move toward. When the fifth graders were evaluated at the beginning of the year, 19% demonstrated Expert level. By the end of the school year and having had frequent practice with these performance tasks, the Expert level rose to 81%.

One noticeable change I experienced was that students were asking for more assistance at the beginning of the new concept being taught because they knew the expectation. There was a collective awareness that they needed to have a strong understanding in order to accomplish the assessment at the end. They became more active participants in their cooperative groups as they supported each other’s learning. Not only were the Exemplars challenging, but the tasks were giving the students a relevant experience utilizing the math concepts. Real-life connections to math is a powerful tool.

Success in a Different Setting

As I switched to different grade levels and demographic areas, Exemplars tasks were always a perfect fit and the results were consistently successful. This past year, I was privileged to work with 8th graders in a low socioeconomic area that consisted of 80% minority students. These children had many gaps in their math knowledge and were far behind their targets. Together, we worked diligently to get these students to master previous years’ math standards.

I thought there was no way I would be able to utilize the same math problem-solving performance tasks I had in the past, but then I had an idea: Instead of using them as I had in previous years, I would implement them as cooperative learning tasks. I explained the same process as before, but instead, I grouped the students with a team of three. I made certain that one of the three students was more advanced in their math confidence. Each student had to submit their own work and would still receive a rubric with the goal to produce Expert level quality work. Each group member had to understand how to solve the problem; no one was able to submit their individual work until each student followed the required steps on their own paper.

As a formative assessment, I would sit with each group and select one student to explain their solution and steps to the problem. This strategy made it imperative that each member understood the steps to the solution. Once the students became comfortable with the format, I would have a few groups present their thought process and solutions to the class.

The plan for using Exemplars in this fashion demonstrated astonishing results! For instance, after using the rubric on the very first Exemplars task, I had 26 students achieve the following results: Novice 58%; Apprentice 31%; Practitioner 4%; and Expert 7%. The best part was having students truly enjoying the experience. Students were working at such a high caliber of critical thinking process and collaboration. They were yearning for the challenge they needed. Plus, in time more and more of the groups began to work at the Expert level!

Once the students had multiple exposure to these Exemplars as formative assessments, the results started to shift. I now had the following results: Novice 27%; Apprentice 23%; Practitioner 15%; and Expert 35%. By the second semester, I no longer had any students working at the Novice level. Instead, I had 65% of students demonstrating Expert level! Not a single student was working at Novice or even at the Apprentice level any longer. Keep in mind, these students struggled to solve basic math problems at the very beginning of the school year.

A Perfect Fit For All Students

After 13 years in education, I have used Exemplars in different grade levels and various demographic and socioeconomic areas, but the results were always the same. The real-life connections, self-motivation to gain the desired level, and the critical higher-order reasoning that is expected both challenges and motivates all types of students. These relevant and authentic math performance tasks did not let me down because they are a perfect fit for all students!